Love will endure and with hope and joy, triumph – Fr. Joe 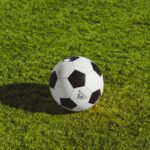 Last Sunday evening a friend came round for a bite to eat and to watch the final of Euro 2020 with me. Like everyone else we too had to choose a side. As we both lived in Rome for a few years and came to love and admire so much of Italian life and culture it was hard not to side with the boys in blue. But on the other hand, I’ve also lived in London, have English family members and am much more familiar with the guys who play in the premiership and for the well known English clubs. So maybe we were just neutrals!

So there was a match, two goals, one a piece, then extra time and finally a nerve wracking penalty shootout. There was an ecstatic winning team and the other side who tasted defeat, such is the sporting life. But what followed was extraordinary as defeat turned to criticism and bitter loss was expressed in unforgivable racism, shameful and upsetting. Every team
has a spirit, and resilience in the face of defeat often brings out character and strength. Teams turn to their manager for support and encouragement and the manager of England seemed to excel in his capacity to hold and hug, stand with his players, calling out not their failure but his own decision making. He was proud of the young men in his charge and while deeply saddened by the loss he expressed only love and affection, admiration and hope for better times ahead. But his leadership and compassion wasn’t in itself enough to extinguish the vitriol and bile flowing through social media.

As the first wave of reaction waned some extraordinary personal statements emerged from among the player group. Young black men especially courageous in accepting the sadness of the loss of a game, but undaunted in their self-awareness of what really matters in life. A moment of madness saw a mural dedicated to one of the players defaced and then countless acts of affectionate admiration repurposed the same mural as a totem of public support. This young man, who is gifted at football, has also raised millions to feed hungry children and as always the light overcame the darkness, the bitterness and contemptible commentators drowned out in the chorus of praise and recognition. This is something that touches deep into the human spirit, something that Jesus knew and taught, there will be adversity and moments when ‘men speak all kinds of calumny against you’ but love will endure and with hope and joy, triumph.

Meanwhile, a slogan heard a million times, ‘bring it home’ became the victors chant of ‘bring it Rome’ and so Italy awoke to welcome back the winners, the spoils of victory are sweet and no better nation to celebrate. The cup seemed to have spent the night in captain Chiellini’s bed and with his Azzurri teammates, they proudly brought it to their President and Prime Minister, missing out on the Pope who was in hospital and then to the Piazza and their beloved fans. I doubt that there was any regrettable social media commentary in Italy, and maybe others can learn from them. As always sport is about so much more than the game and leaves us with much to reflect on and improve.