In a blink, 30 years melted away 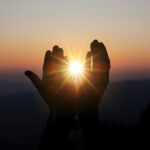 30 years ago I hugged Barbara and said goodbye. It was the last day of our 3 years as post grad students in Rome and the whole group went for a mass, a meal and with back slaps and hugs we promised to keep in touch, wished each other well and left for home. Barbara was unusual in our group, being a young German woman, studying theology and with a strong desire to teach religion. I hardly ever thought about her again, until an email arrived a couple of weeks ago. Her strong, bouncy, joyful manner came across in the few lines she wrote. Was I the ‘Joe Mullan’ from her class she asked? Already pretty sure that I was in fact that Joe, she went out explain that she would be on a cruise with her husband, Heinrich, and as there was a stop in Dublin, could I possibly meet them on Saturday 27th August, at Dun Laoghaire around 8.30am? Well what could I say! So I rose early last Saturday and headed to the terminal where the cruise ships send their passengers ashore. I sent her a picture in advance, even though I’ve hardly changed! I had no idea what she might look like now, but as I approached the pick up spot, there they were, big smiles, another hug and in a blink 30 years melted away.

Spending the day with them, including their coming here for the wedding I was celebrating at 1.00pm, was just fascinating. Heinrich had answered the call to become a Deacon, left his well paid job and taken on the post of Chaplain in a huge prison. His stories were so moving, as you can imagine many of the prisoners are far from home, lonely and very dependent on their chaplain. Barbara had indeed become that teacher and for many years has led teenagers into a deeper relationship with the Lord and their church, and I can only imagine that her upbeat demeanor made her classes popular.

Later in the day they talked about the Synodal process, their hopes for the future of the church and expressed many opinions. As you might imagine most of what seemed important to them is precisely what we have been talking about here in Ireland. The role of women in the church was a real concern for both of them, along with equality, welcome, youth evangelisation and being a church that cherishes, sustains and challenges each and every person.

By 5.00pm it was time to hug again on the quayside, behind her was the huge ship waiting to sail onto its next port of call, hopefully this time it won’t take us 30 years to meet again!