Jesus is the model that we try to imitate 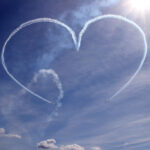 You might have seen the traffic chaos on Tottenham Court Road in London during the week. Some newly installed Christmas decorations, blew down and went bouncing up the street, causing cars to swerve, slam on breaks and stop, in a moment the whole area ground to a halt. The problem was simple, unexpected and caused a lot of consternation. With all that is
going on in the world, war, famine and economic hardship it is hard to believe that this one little incident was picked up on social media, a video of the offending baubles careering down the street, smashing off a lamp post went viral and news outlets carried the story. And here am I repeating it again!

There was another story which caught the media attention in a similar way, a priest was
preaching in Kerry, a video of his sermon went viral and the airwaves were lit up with
commentary and controversy. Suddenly the teachings of the Catholic Church on a whole
range of moral issues were being aired and anger, hurt and outrage all expressed. The priest
was very strident in his choice of words and delivery and even the bishop had to come out
and reprimand him and assure the world that this was not the Christian way to share a
message. Many people and priests will have been very upset as this unwelcome situation
unfolded.

Of course, the Catholic Church does have moral teachings and priests are well trained to know
it. There are three main ways priests use that training, in the confessional, with pastoral
sensitivity, in the class room where dialogue and discussion are encouraged and in their
homilies. In none of these situations is it acceptable to be disrespectful, to use inflammatory
language or to traumatise the listener. Priests are well used to hearing feedback and
addressing anything that needs to be clarified. Jesus is the model that we try to imitate and
his message is always expressed in love and with the intention of helping us draw closer to
God and to live out our baptismal calling. We can all upset others at times by our choice of
topic, words and tone, and for that we are usually truly sorry.